ELyTMaX is located at Tohoku University in Sendai, and regrouping around 20 people (both from France and Japan) including Full Professors, Associate and Assistant Professors, postdoctoral fellows, double degree PhD, Master students and administrative staff.

In 2004, liaison offices at Tohoku University and Université de Lyon have been created. This is based on strong collaborations for more than 30 years along with numerous academic agreements facilating the exchange of students and young researchers between the French and Japanese teams.

In 2008, the starting of an International Associated Laboratory (LIA) between CNRS, Tohoku University, Université de Lyon was a new opportunity to boost scientific relationships between French and Japaneses collaborators. 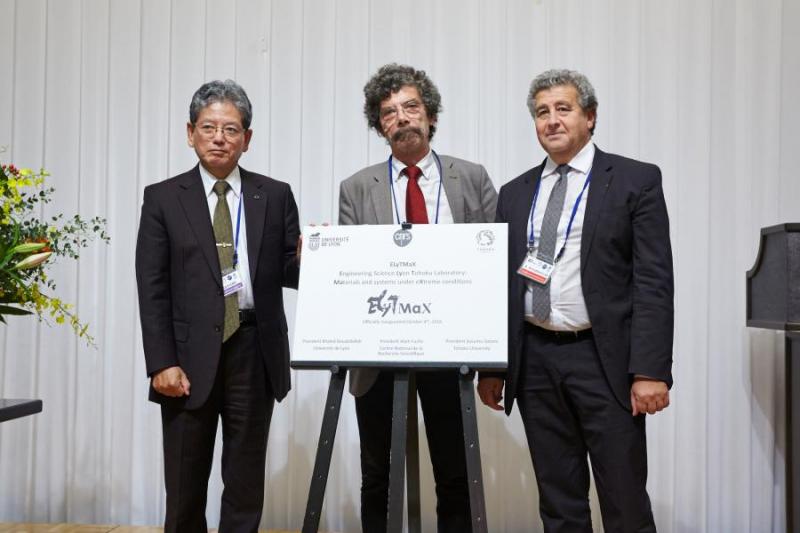 In 2018, ELyTMaX established in Lyon in the La Doua Campus. It is also welcoming the IFS Lyon center.

Welcome of new researchers at ELyTMaX@Sendai